Fulcrum's nowcasting model shows that advanced economies have decelerated so far in 2015: 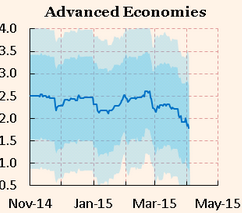 The slowdown is particularly persistent in the U.S., which is now estimated to be growing at 2% a year, half the pace of last fall: 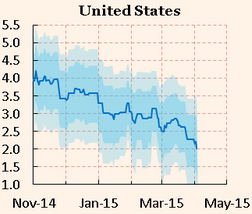 China is growing at a fairly steady pace, and the eurozone's economy keeps picking up: 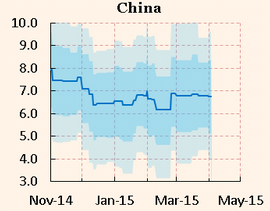 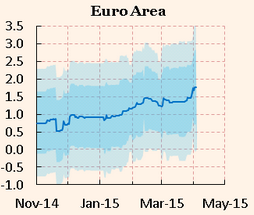 According to the Institute of International Finance's EM Coincident Indicator "EM GDP may have grown in 2015Q1 at its weakest pace since early 2009", or 1.8% q/q saar: 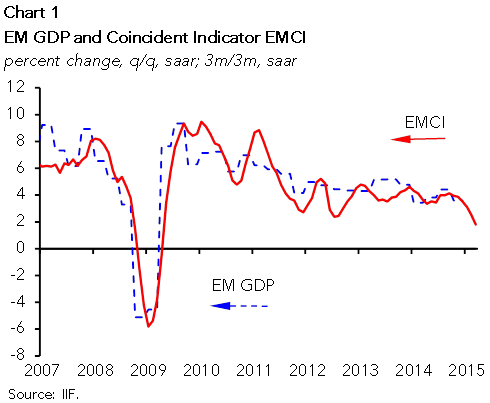 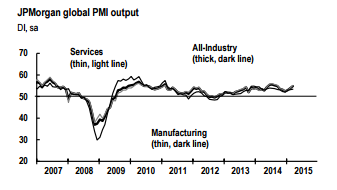 And, despite a plunge of the J.P. Morgan  U.S. composite in earlier months, output has rebounded of late: 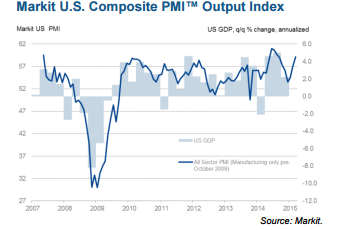 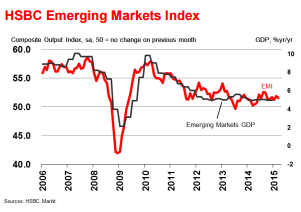