Last week I started writing up a quick (?) methodology to forecast equity returns. Specifically, the question was


Forecast the real total return of U.S. equities over the next ten years. Show your work. Time: two hours.

I wrote down a decomposition of the total return into three components:

The three components are:

For the valuation ratio, we can calculate two from the Shiller dataset. The first one is the CAPE ("cyclically-adjusted" P/E ratio, or "Shiller's P/E"). A casual observation of the time series chart since 1880 suggests that the CAPE either experienced a shift sometime after the 1980s, or is experiencing upward drift. Today's CAPE (27.9) is significantly higher than the historical average (16.6) or the ten-year rolling average (22.6). We'll take those two values as alternative forecasts of the CAPE ten years from now. The historical CAPE implies that the ratio of valuation metrics, \(V_{t+k} / V_{t}\), is 0.595 (16.6 / 27.9). The ten-year rolling average CAPE implies a ratio of 0.81 (22.6 / 27.9).

The second valuation ratio we can compute from the Shiller dataset is the dividend yield (or rather, to fit the total return formula above, the price-to-dividend ratio): 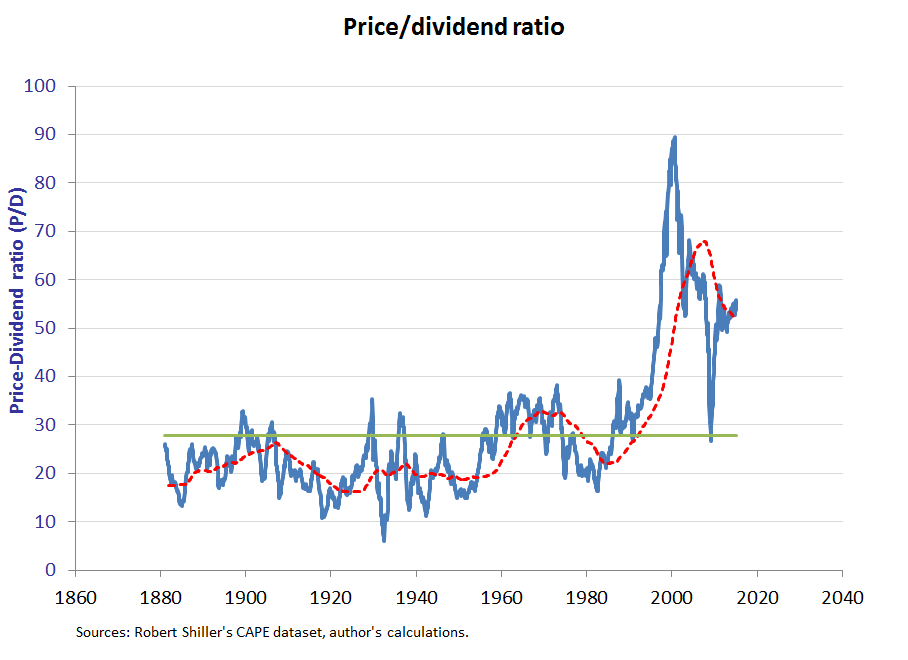 Growth of the fundamental 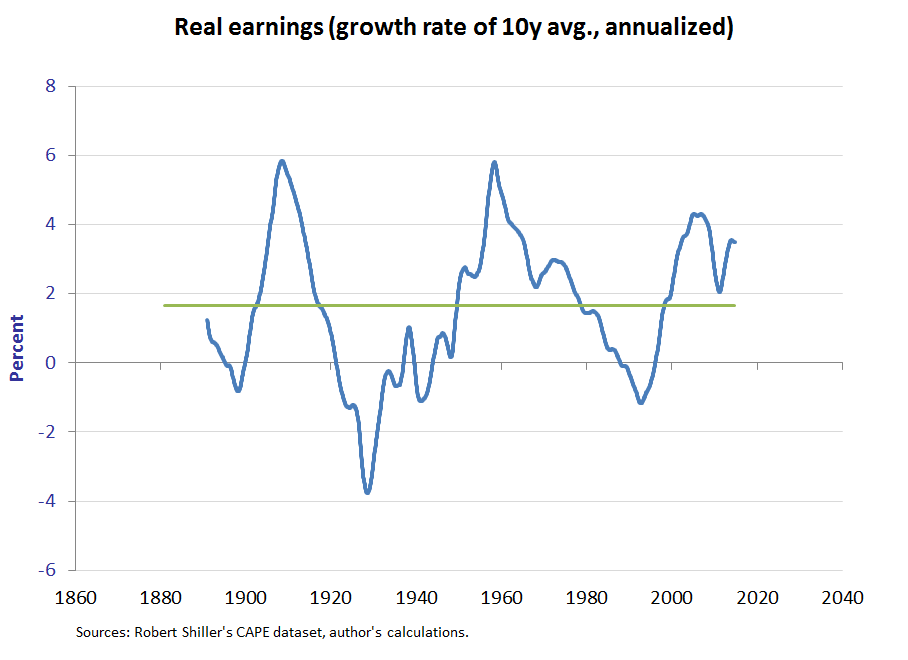 I have proposed two forecasts for each of two possible valuation ratios and their corresponding fundamentals, for a total of four forecasts (the income component is the same for all four).  The following table combines the forecast components of real returns to produce the total return forecast: