Following up on a blog post by David Andolfatto, I checked on the deflationary experiences of seven countries during the 19th and 20th centuries.

The mainstream commentary these days is that deflation causes (or at least is associated with) declining real economic activity. Here's an example of this type of narrative:


Plenty of people are alarmed by the prospect of deflation, which can snuff out growth by making consumers reluctant to spend and companies unwilling to invest.

David's main point is that that's not always the case. Both the U.S. after the Civil War, and Japan since 2009, experienced declining price levels, but real GDP per capita rose.

I have put together a dataset of price indexes and growth between 1828 and 2006 for Australia, France, Netherlands, Spain, Sweden, U.S., and U.K. (Many thanks to the sources, especially measuringworth.com, and the International Institute of Social History, for distributing the data for free!)

It's relatively well known that prices were roughly steady in the 19th century, although income per capita rose quite a lot. The inflection point seems to be the Great War, but that's something I learned only after looking at the data.

See these charts and table: 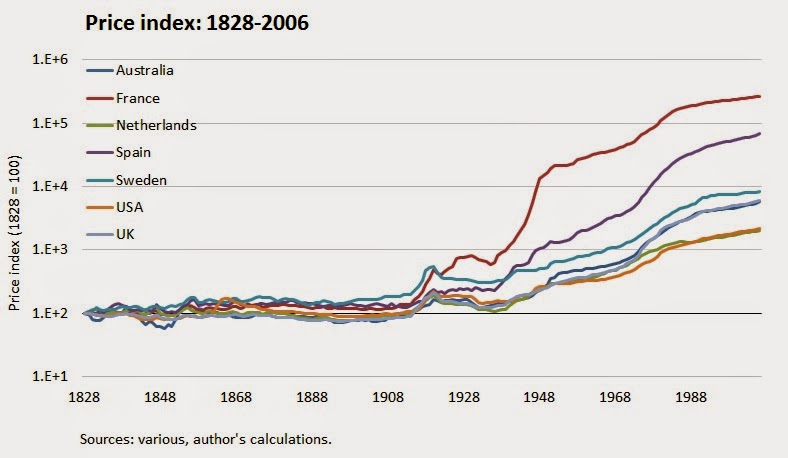 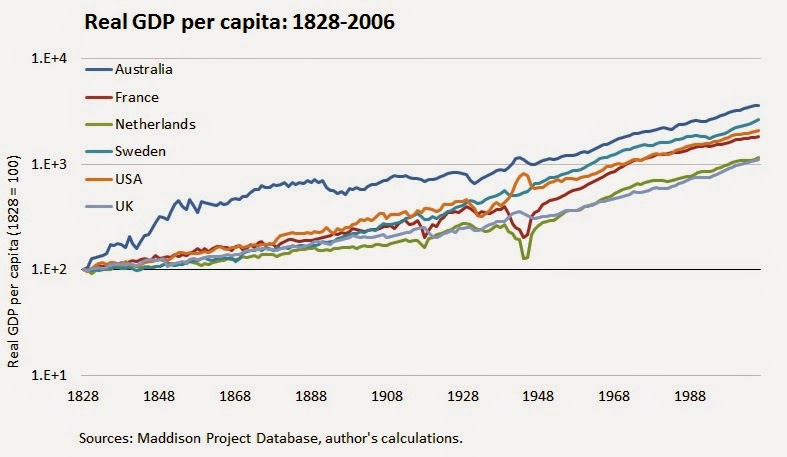 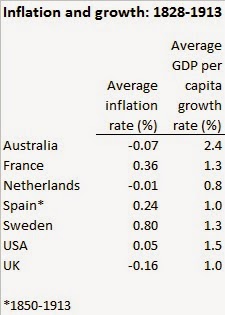 This seems hard to reconcile with the conventional association between "lack of inflation" and "lack of growth." 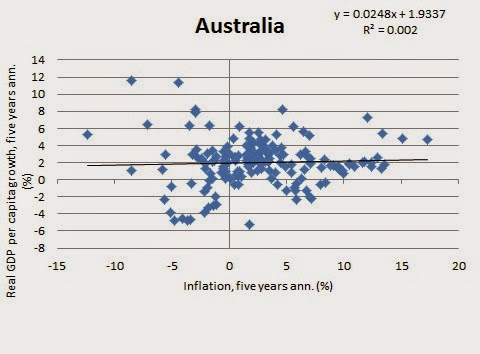 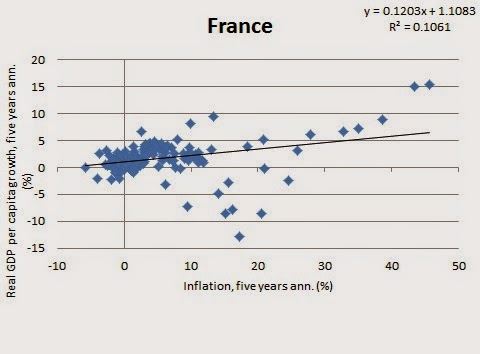 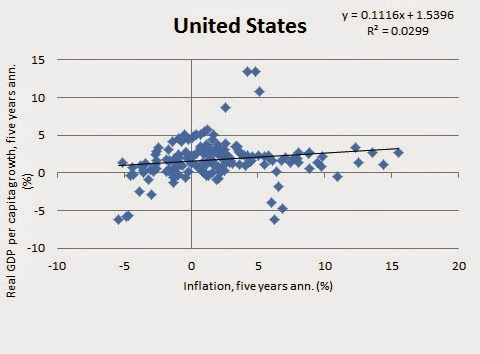 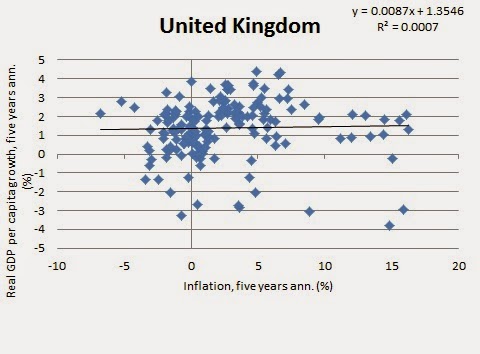 Ok, maybe you're thinking: 19th-century deflation was slow and steady. Under that type of deflation, declining prices are presumably expected, which should be less damaging than rapid, unexpected deflation.

To which I reply: But slow-and-steady is the kind of deflation that we're contemplating these days, right?

How about abrupt, big deflations? I don't know of a definition of "big" deflation, but I think most people have the American Great Depression in mind.

The U.S. price index bottomed in 1933, at which time the five-year, annualized inflation rate was -5.4%. So I have looked for deflations of this size across countries. When I find one, for a given country, I rule that a "big" deflation episode occurred, starting with the first year in which one-year inflation was negative, and ending with the first year in which prices rose (even if the five-year inflation rate was no longer below -5%). If the string of price declines is interrupted for only one year, I consider the episode of deflation was unbroken; if the string stops for two or more years (and five-year inflation eventually falls below -5%), then a new episode begins. 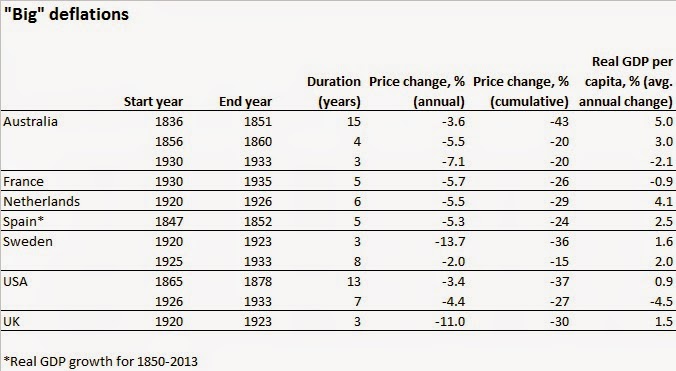 Except for the deflations in the late 1920/early 1930s, output per capita didn't fall during deflations! It has been possible, and in fact frequent, to have rising real economic activity and falling prices, even with rapid deflation.

At the very least, I think we should agree that not all deflations are created equal. Only a small minority is associated with persistently declining real activity. And those experiences, over the last two centuries, have all happened during a peculiar period (the Great Depression).

What really hurts, then, is not deflation, but a depression, which is not what most people expect for the years ahead.