Tim Duy wonders whether predicting the Fed's change of language over the next six months will be as easy as looking at the statements from 2004. On Jan. 28, 2004 the FOMC statement introduced the word "patient", replacing the "considerable period" phrase. The Fed kept "patient" in the March 16 statement, and then in May 4 it replaced the key word "patient" with "measured." The first hike would come on June 30.

What did the markets do over that period? 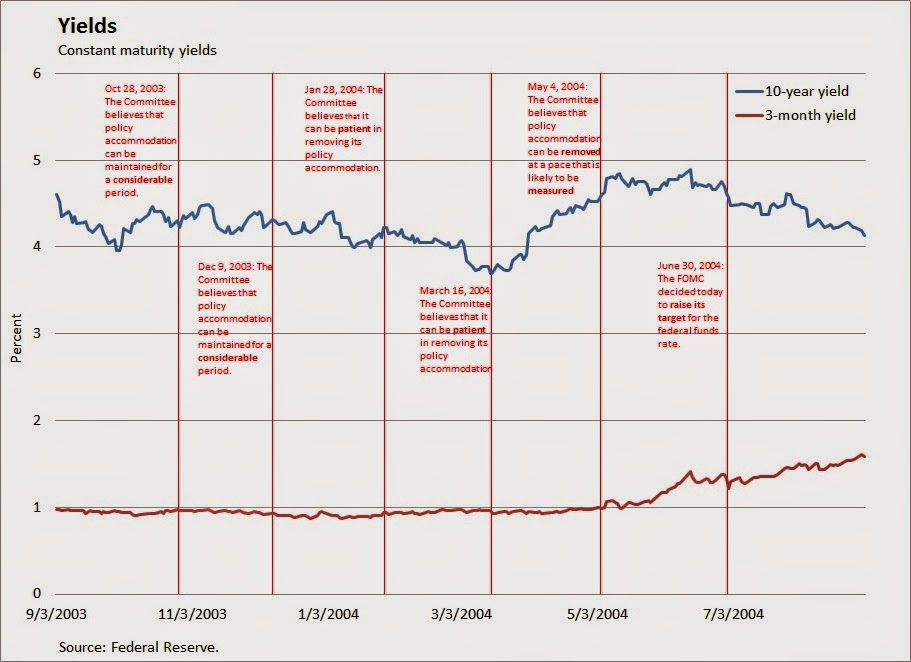 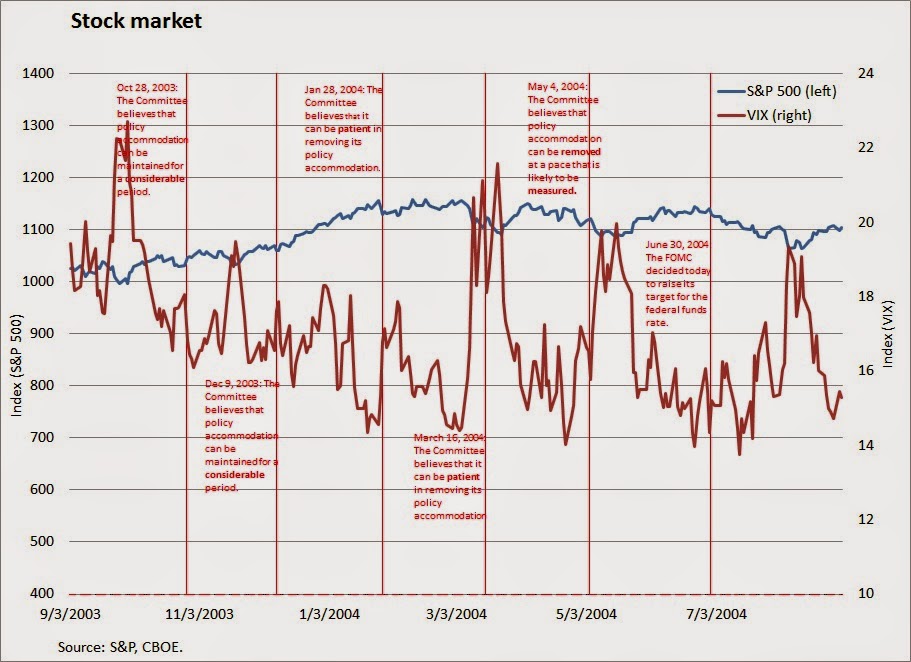 In the bond market the largest yield change was between March 16 and May 4, but it appears that at least part of it was a correction of a previous 50 b.p. decline. Treasury bill yields only moved significantly between May 4 and June 30, when the Fed actually raised rates. The stock market seemed even less unfazed by the Fed's changing statement.

The bottom line is: the markets seemed to be affected by other news much more than by the change in language in the FOMC statements, perhaps because they correctly anticipated the Fed's subtle changes of stance (or lack thereof). (Of course, a better way to do this is to look at minute-by-minute market prices, before and after the FOMC announcements.)
Posted by Francisco on Tuesday, December 23, 2014