In addition to the individual country manufacturing PMI's, on which I commented yesterday, JPMorgan/Markit produce a "global" PMI, which is the a weighted average of the country PMI's. They released this Global PMI for the month of September yesterday as well, showing that world manufacturing activity weakened further.

The composite index reached a level of 49.9, down from 50.2 in August. September is the seventh month in a row in which global manufacturing activity has weakened. Granted, the change is minimal, but it is pointing in the wrong direction (or in the right direction, if you are predicting a recession).

From August to September, the new orders component weakened from 49.4 to 48.5. The employment and output components improved slightly (51 to 51.3, and 49.8 to 50, respectively), and the input price component saw no change. 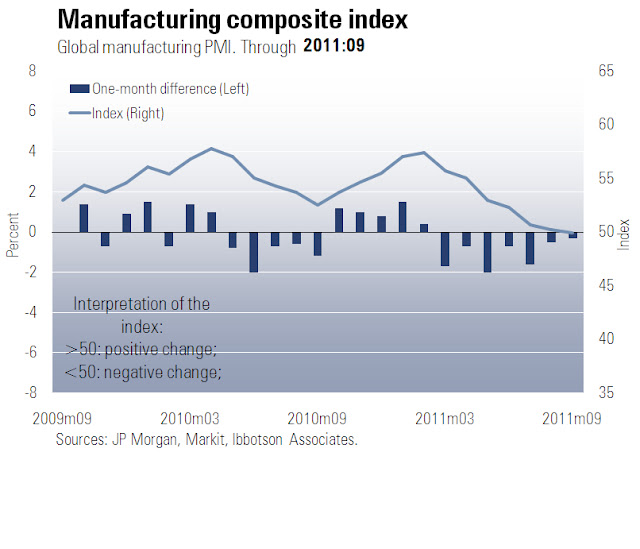