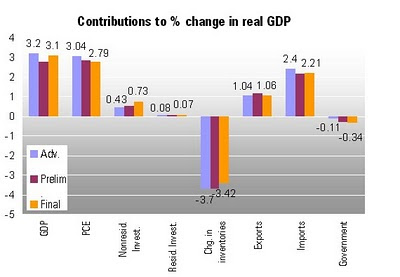 2010:Q4 was characterized by a very large negative contribution of the change in inventories, and a large positive contribution of imports (which means that imports shrunk with respect to the previous quarter). I expect a reversal of both in 2011:Q1.
Posted by Francisco on Friday, March 25, 2011