Core inflation around the world

Green (red) means lower (higher) inflation. The color scale is meaningful within rows only. So, for example, the deep-green that the U.K. shows for June 2015 means that the core inflation in that month is among the lowest observed in the U.K. between June 2012 and June 2015 (but not necessarily low across countries; in fact, Switzerland's is lower).

The two lines at the bottom, below the legend, show the median core inflation rate and a measure of cross-country dispersion (the median absolute deviation). 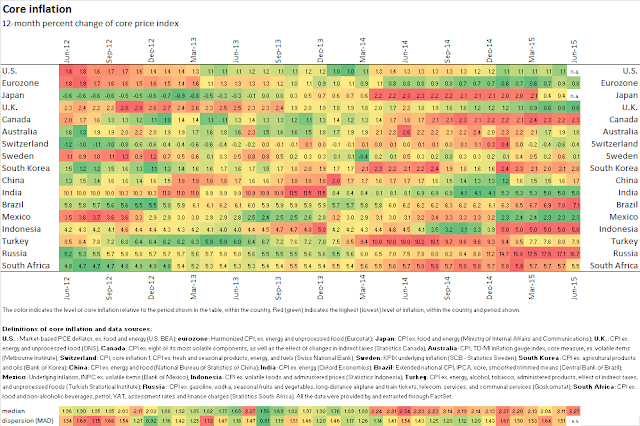