The Economist is running this article on the re-organization of French regions, whose number will be consolidated from 22 to 13 by Jan. 1, 2016. 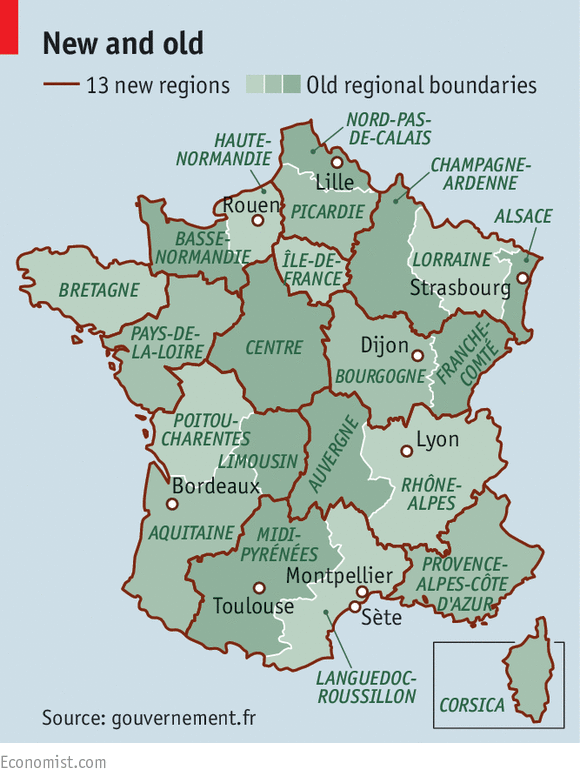 The piece illustrates the difficulties of consolidating the government administration in a country with strong regional identities, and where civil servants have a rooted sense of entitlement.

Best passages and quotes from the article:


Far less clear is whether the merged region will bring budget savings. French public-sector jobs are protected, so there will be no headcount cull after the merger.

Those employed in Montpellier have been told they will not have to move to Toulouse. Nor will seats be cut in the merged regional assembly. And, as Mr Alary points out, there will also be extra costs, such as from merging the two regions’ incompatible computer systems.

“In practice,” says Jean-Jacques Pons, leader of the centre-right opposition in the regional assembly, “there won’t be economies of scale, or only at the margin.” No candidate in December’s regional elections wants to campaign on a cost-cutting platform.


“We’ll have to drive nearly two hours up the motorway to get subsidies,” grumbles a town-hall employee in Picardy.