The world might not be "deleveraging," but I wouldn't know just by looking at the debt-to-GDP ratio.


...debt continues to grow. In fact, rather than reducing indebtedness, or deleveraging, all major economies today have higher levels of borrowing relative to GDP than they did in 2007. Global debt in these years has grown by $57 trillion, raising the ratio of debt to GDP by 17 percentage points.

What does a debt-to-GDP ratio of, say, 286% mean? It means that if a country devoted all its income to paying down debt, it would take 2.86 years, at today's income level, to pay it all off. And if the ratio rises to 300% next year, it means the country's debts grew faster than its income.

At first consideration it makes sense to normalize debt levels across countries and over time using GDP. Bigger and wealthier nations should be able to support more debt than smaller or poorer ones. And if income grows over time, a country should have the capacity to borrow more.

The proceeds from borrowing, however, are (often) not consumed, but rather used to buy assets. And if you have more assets you should be able to bear more debt too.

You could question whether servicing an $800k debt is a sane financial decision for somebody with a stagnant $200k income. But a broad discussion about "leverage" shouldn't leave the two houses out of the equation.

"Leverage," measured by the conventional debt-to-GDP ratio, has been going up in a number of countries for decades: 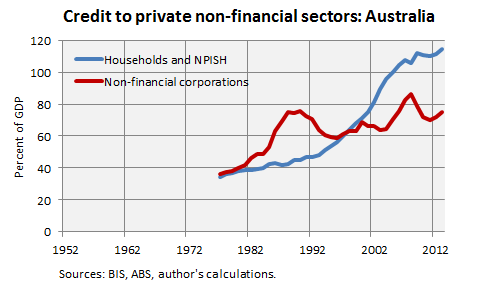 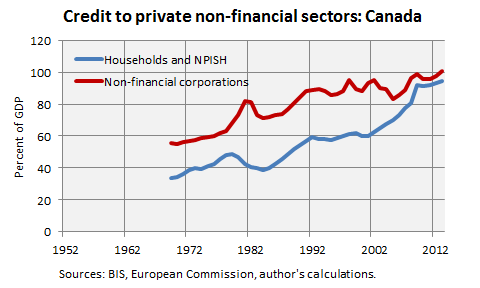 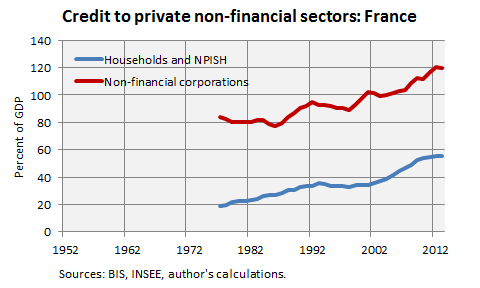 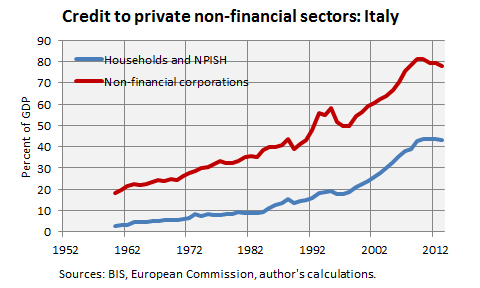 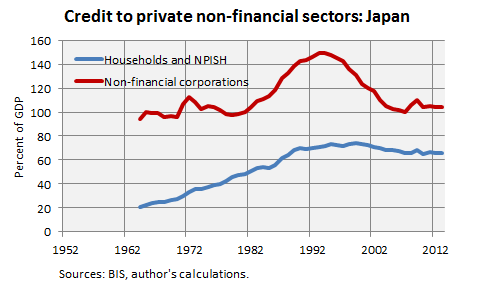 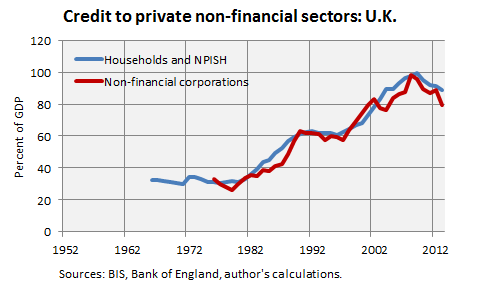 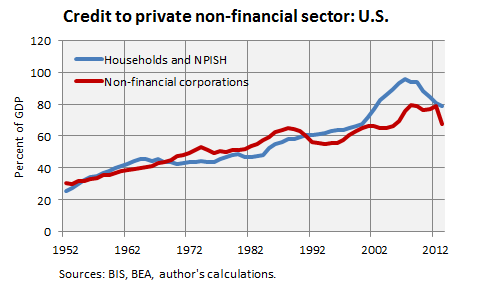 Other than Japan, debt-to-GDP has been generally going up in the long run.

You might think that the world has been on a multi-decade borrowing binge that will be, eventually, corrected. But while we wait for the Big Crash, we could entertain another possibility: the economy's balance sheet is just growing faster than income is.

I don't mean to say there's nothing to worry about. I have no clue whether national assets or equity have gone up in most countries, or whether the increase in the value of assets or equity matches the rise in debt. Besides, asset values can fall just as quickly as they rise. And, crucially, one needs to consider the distribution of assets and debt within the economy to make any assessment of "stability," "risk," or "sustainability."

Nonetheless, looking at rising debt-to-GDP ratios and concluding, as McKinsey does, that leverage is going up, which "poses new risks to financial stability and may undermine global economic growth," is quite a leap, to the say the least. A more complete assessment of "leverage" would be welcome.

P.S. Antonio Fatás has similar concerns about the McKinsey report.
Posted by Francisco on Friday, February 13, 2015