Surprises from the 2014 Global Wealth Report


"Although just 1.1% of the world's adults live in France, in terms of aggregate household wealth in current USD, it ranks fourth among nations --behind China and just ahead of the U.K. [...] This reflects the high average net worth of French households, rather than unusually high wealth inequality."

Here's a count of the world's millionaires, by country. France ranks second. 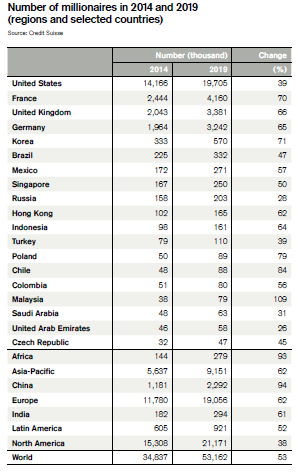