I’ve gotten used to hearing things like this: “Country X (insert the name of your favorite developing country here) doesn’t care about the labor rights of its workers, so US products can’t compete with Country X's.” Ditto about environmental or product safety standards. American manufacturers are being wiped out by hordes of third-world factories that exploit children and slave-workers; produce unsafe goods; and dump their untreated filth into the air and water. The situation is often described as “unfair.” 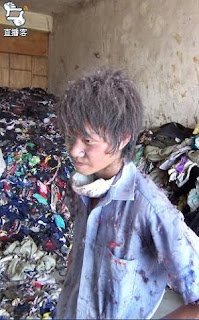 That some countries have lower standards than the US is undeniable. That competition from those countries is unfair, though, defies logic. It doesn’t make sense to complain that the behavior of our competitors is not fair play, given that the American tough rules are self-imposed.

Differences in social standards reflect heterogeneity in preferences across countries, and preferences are neither fair nor unfair. Is it unfair to French employers that, unlike their American counterparts, they must give their workers five weeks of paid vacation a year? Is it unfair to Canada that the minimum wage in Alberta is CAD$8.00, but only $6.15 across the border in Montana? Is it unfair to Saudi Arabia that its women are not allowed to participate in market activities, thus effectively wasting a vast pool of human capital? Is it unfair to American carmakers that their cars won’t pass emission standards in Europe?

Laws vary across countries and over time, but they simply mirror the values of the constituencies that chose those laws.

I know what you’re thinking: you’re revolted at the thought that developing countries base their comparative advantage on their utter disregard of nature and their own people. But not every person feels the same way. Imposing your standards, or even worse, banning trade with those countries, would amount to imposing your rules in your own house, your neighbor’s, and in the entire neighborhood.

Accommodating disparate values is not difficult: we only need to label products to reflect the social standards of the producers. So we could have T-shirts with little labels that certify that they were made in factories that don’t use children, don’t dump their toxic dyes into the river, and let their workers go home every day; and regular T-shirts. Studies have shown that American consumers are willing to pay substantial premiums for “socially responsible” products. See here and here; hat tip to Dani Rodrik.

Moreover, as much as we cry foul over the barbarism of other countries, America hasn’t always been a green pasture. Scientists have observed that, as countries develop, domestic pollution rises and then falls; the relationship between income and contamination displays an inverted-U shape, the so-called environmental Kuznets curve (see chart, which shows the estimated relationship between ambient sulfur dioxide concentrations and income per capita).

A dirt-poor country (no pun intended) doesn’t produce much of anything, not even pollution. As it industrializes, its pollution rises, both in absolute terms and relative to its output. Beyond a certain point in development, however, its inhabitants will put more weight on the environment and less on growth, and will spend more resources abating pollution and enforcing tougher standards. I haven’t read about Kuznets curves in the fields of product safety or labor standards, but I wouldn’t be surprised if they existed.

In the future, China, India and Mexico, to name a few, will become cleaner, more respectful places. The sorry state of those countries regarding social matters is just a necessary stage in their development. In the meantime, it’s only fair that they do what they want, just as the US does now and has done in the past.

Email ThisBlogThis!Share to TwitterShare to FacebookShare to Pinterest
Labels: trade